I hope you are doing well. I am also fine with loooot of work daily, but to be honest, totally enjoying my time.

Today, I will discuss a bit about the 100th anniversary of the Czech Republic, which is jointly celebrated  with the Slovak brother-state. I am happy to be here at this moment and have the chance to learn all this new information for my living place.

To begin with, Czechoslovakia was founded after World War I (WWI) as one of the successor states of the Austro-Hungarian Empire. The Central European country then existed from October 28, 1918 to December 31, 1992 – excluding the Nazi period of World War II – before officially splitting on January 1, 1993 to form the independent Czech and Slovak Republics.

An in-detailed overview of this 100 years can be found on https://czechandslovakcentury.com/en/100-years-stories, which I highly recommend.

However, I want to address you my personal view and emphasize certain things about the Czech Republic. So, here is an 11-highlights list – as a true football lover- that I distinguish for my beloved Czech Republic.

1.There is NO God, but a plethora of churches

The Czech Republic has one of the least religious populations in the world, almost 80% of the people. This is the 3rd highest in the world with China and Japan being the leaders. However, one can notice numerous churches with, sometimes, an extraordinary architecture. Indeed, even the Prague Castle includes a spectacular Cathedral.

2. Actually BEER is the God

The Czechs have the highest beer consumption per capita in the world. Honestly, I am trying to catch their pace but I still have long way to go.

There are over 2000 castles all over the country and sadly I have visited only Prague castle. Shame on me…

Walking around the forest and collecting tasty mushrooms is one of the favorite pastimes of the Czech people. I have never tried and was totally strange for me when first heard of it.

Being actually a local, I am tired of the numerous tourists walking around the roads of Prague. Nevertheless, it’s totally reasonable to visit Prague as it combines unique architecture, nature and of course is affordable!

Škoda is a Czech automobile manufacturer founded in 1895 and currently is rated as Europe’s largest car maker. Even trams are fabricated in Škoda factories.

I didn’t have a clue for this historical event, but I learnt a lot this August. Briefly,  “Socialism with a human face” was a political programme of the Communist Party of Czechoslovakia. It was a process of mild democratization and political liberalization. Instead, it initiated the Prague spring which, on the night of 20-21 August 1968, was crushed by the Warsaw Pact invasion of Czechoslovakia.

8. Svíčková is a Czech dish, Goulash is a Hungarian one

Whenever people wondering about Czech cuisine someone mentions Goulash as a typical Czech food. Even though Goulash is commonly served around the country, it is originally a Hungarian food. Personally, I recommend Svíčková, which is a sirloin steak prepared with vegetables , boiled with double cream and with houskové knedlíky (bread dumplings).

9. Prague is the World’s Greenest City

Prague has the highest percentage of green space at almost 57%, with plentiful public parks, woodland areas, nature reserves and farmland.

10. Trying to learn Czech can ruin your life

Despite addressing the truth, I am still learning Czech in the university. In fact, I always notice big smiles when I am trying to speak in Czech, so I will continue this challenge and maybe someday will reach a “satisfactory” level

Otto Wichterle was the inventor, working as a researcher in my host institution. 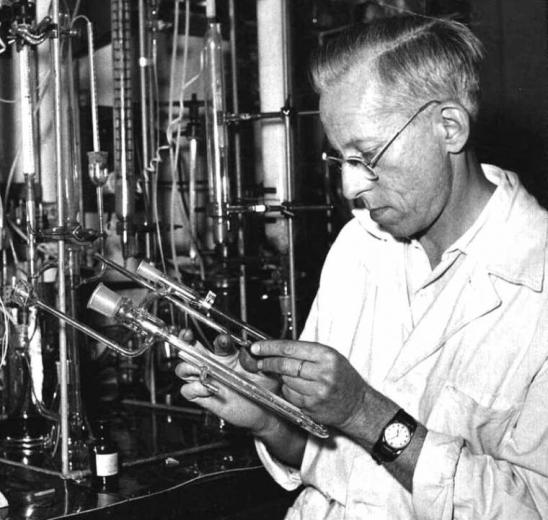 If you have any different opinion on Czech factsI would love to hear your feedback.