It’s nice to have the chance to chat to you again. This is going to be one of my lasts duties before going on holidays, so I’m quite excited. As every August, matching my grandfather’s birthday, there’s a few days I have to be back home to share some days with my family. However, it’s easy to forget it’s August, even if the calendar says so. It’s been a couple of weeks now that I had to switch on the heating in my apartment in Belfast, and it was also in July that I had to start putting on my coat before heading the street. I have to admit it’s equally depressing and amazing! Being born in Spain I’m pretty used to summer heat, as Aris was commenting on his last blog. That’s also why a cooler summer is always welcome with opened arms. Moreover, I’m coming back home tomorrow, so by the time you read this blog I’ll probably be “enjoying” the Spanish heat wave, lost somewhere inland, with no access to the sea most people would have expected. Instead, my friends decided it was best to go to the mountains, as they were fed up of the heat. It sounds like a plan!

But all that’s something I might have to talk about in my next blog, now I’m going to talk about what these last 3 months have been like. As you might remember, in my last blog I was getting ready for the Biosensors conference, to which I was heading with Jordi and our supervisors (Cuong and Katrina) to present our work. I have to say it was an incredible experience. Not only the topics discussed there were closely related to our projects, but also it was a great opportunity to make contacts that can be very important for our career as researchers. Around 1000 attendees and 600 posters displayed were the credentials for such a massive conference. We learnt a lot during the 4 days that it lasted and came back to Belfast with valuable feedbacks. As for the poster prepared by Jordi to present the BEST classification system, it was a complete success with plenty of positive comments on the idea and also congratulations to us for the huge load of work behind it. As it has been mentioned in previous blogs, it’s always comforting to get feedback on your work by other researchers, especially if it’s positive! 🙂 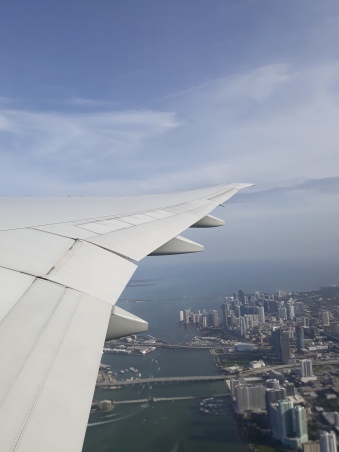 After that amazing week, it was time for us to meet in the Summer School. It’s always a pleasure to see you all and heard about each other’s work. Many blogs have already talked about the experience of visiting Prague (an amazing city that must be seen for those who haven’t yet) so I won’t expatiate on that. Instead, I will go on with my experiences in Belfast during the past month. Right after the summer school, it was time to get back to work and start using the Raman microscope that we had just purchased to determine how good the gold nanostars I’m working with are for SERS. First I had to attend a 3 days training in order to get used to the equipment and learn how to use it. After that, it was all mine to play around. So my lab work during the last month it’s been pretty much related to optimize the Raman measurements to get a good signal for detecting several compounds, such as Rhodamine and TMB.

On the other hand, organizing the IGFS barbeque was another task we had been assigned for after coming back from the summer school. Everything seemed to be ready the day before (we were even going to have good weather!), but you all know Murphy’s law: “Anything that can go wrong will go wrong”. And that’s what we thought when we find out the morning of the barbeque that someone had decided to organize its own somewhere else and had taken the barbeque drums we needed to use to cook the meat for 60 people, that would show up by mid-day expecting to have tasty burgers. You can guess it was a critical moment, trying to fix a broken drum first, to eventually end up buying new ones with the money we had left. Apart from that, the barbeque turned out to be a very nice day to enjoy in a more relaxed atmosphere with our colleagues in Belfast.

That’s all I wanted to talk about in this blog, many thanks for reading until here and hope you’re having an incredible summer time.